About Meditation in the Workplace

Meditation in the Workplace specialises in introducing meditation to English speaking companies, homes and offices across the world.

Martin Hassall is the CEO and founder.

He attended a meditation class on his way home from work at the request of a friend in 2009 as a favour to a friend- he was initially sceptical of the idea, but thought he’d give it a go. This one-time meditation profoundly changed his life. He became aware in the period after leaving the meditation, that he was no longer anxious – he was no longer scared or fearful. The realisation that meditation was a key to reducing anxiety was sufficient to motivation for him to take on a regular meditation practice from that time onwards.

Furthermore, his discovery that meditation could have such a significant impact on his mental wellbeing resulted in him leaning many types of meditation and to become a qualified meditation teacher. Leveraging his business related background, he quickly realised that meditation could be used beyond activities such as stress relief and that techniques could be developed to improve company efficiency, creativity and productivity.

Furthermore, he was able to see, from his professional experience in risk management, that when companies fail, they do so, primarily, due to poor workplace culture. Being fully aware that the productivity of the work force is the most important contributing factor to the success of an organisation, he recognised that the productivity in turn is dependent on the psychosocial well-being of its employees.

Martin noted that stress in the workplace has emerged as a major issue for businesses and has reached alarming proportions - stress can affect an employee’s health, work performance, social life and the relationship with their family members. He realised that meditation could offer a cost-effective method of reducing stress, to enhance the wellbeing of staff and as a means of improving company cultures. This realisation is the core foundation on which Meditation in the Workplace has been built. 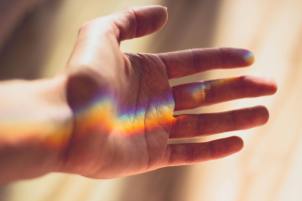 To improve your business please talk to us?

Get social with us.